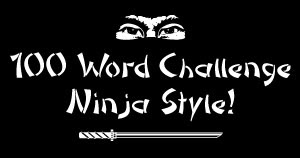 We march all night, through the mad burgeoning streets, passing the ghosts of slaves and the solid bodies of the limbless and lifeless. The roads seem to curve and meander, split and branch in vain, as if a path to nowhere, this writhing fractal of cobblestone and walls. Traversing it is simply an act of blindly choosing one direction or another, each time making a left where you had previously chosen right and a right after your left. It's the only way to prevent going in circles: weaving a zig-zag until, perhaps, someday, we will finally get to the point.

Life is never a straight line is it. Interesting.

wow! no violence of any kind! I'd say this is a phenomena but getting to the point is sort of your specialty.

Hey, in case you didn't know, I'm back. The story of why I ever disappeared is long and altogether not something I have the inclination to share, but if you're up for more challenges, come on by. I've always loved your contributions!