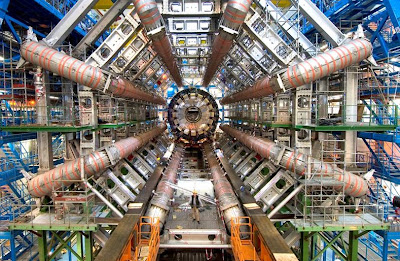 The jig is up. The CERN LHC was turned on today and after about 1 hour, it finished circling a beam all the way around and people cheered. And we didn't die. And did they discover the elusive clown called Higgs Boson? Wait, that's a particle? Oh....
Join Sleep Deprivation Ninja on an interview with one of the CERN physicists who took part in this development:
Sleep Deprivation Ninja: So, why didn't you create a black-hole big enough to eat the earth?
CERN Physicist: That wasn't our goal... my primary focus is trying to recreate the conditions of the big bang and find the Higgs Boson.
SDN: Who cares about that? I want to see the world implode!
CERNP: Sorry, I'm Swiss; we don't do that sort of thing. And, besides, the LHC just isn't capable of doing that. Yes, it's massive and expensive and does create little black holes but they are about as powerful as a misquito.
SDN: Well, I've just finished my own Hadron Collider and it goes to 11. So, I'm going to turn it up that extra notch and create an even bigger black-hole. Take that, physicist!
CERNP: What do you mean it goes to 11? You can only go to 100%.
SDN: You can only go to 100%, mine goes 110%.
CERNP: But why don't you just label it 0-10 and call it up to 100%?
SDN: No, no, see it goes further than that. It goes all the way up passed 10... to 11.
CERNP: ...
SDN: Engage Dyson Singularity Sphere!
Instantly, hundred's of thousands of satellites shoot out from the earth and begin manufacturing clones, shooting their children off into further reaches of the galaxy. Once in position, they fire particles at eachother, one through another, in a massive ring shape.
SDN: Tuuurn it uuup to.... E-LEV-EN!
The Higgs Boson appears but nobody sees it. A black hole emerges  from the center of the ring and pulls in Pluto, then some other non-planet sized materials. Then it picks up enough force to gobble Neptune and Uranus. Saturns ring becomes an elongated sling and is ripped assunder in a collidescope of spinning spacedust and rock. Jupiter moves toward the black hole and, although becoming elongated and warp, it doesn't stretch enough at entry and plugs up the hole.
Our solar system, or what remains, is saved by Jupiters fat ass. 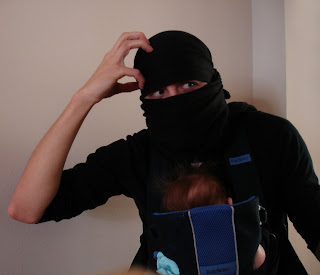 I only have one thing to say. Nice Spinal Tap reference! That is all. Carry on!

I hear the jury's still out on science.

Now I know why my cell phone was getting Twitter updates WAY before they actually showed up on my computer. I figured it had something to do with you.

@Mr Lady, Wow. I had totally forgotten about that. I'm going to have to re-watch that one with a bucket of sake.