At the Seattle Center, by the large musical fountain, we play in the grass. Code name Alice is sleeping on her mother's chest in our favorite baby item thus far: the Moby Wrap. Although the website features happy moms with happy babies, I assure you it is awesome for dads too. Available in stylish black, it allows the dad to wear the baby in both comfort and the height of fashion. It also acts as a dual purpose wrap if you happen to be a ninja (see the new site image above [link for RSS readers]). To sum it up simply, the Moby is the shit; It's the cat's arrogance (like the cat's meow, but better). Little apprentice Alice is so adorable, all wrapped up like a cocooned caterpillar.

We've randomly bumped into some friends and their little boy who is just about to turn two-years-old. He is the wind, the lightning, the spark of spontaneous energy that the greatest ninjas of all time have attempted to master and become for thousands of years.

A dog barks, loud and vicious. Another. Two dogs. Growling and snapping, less than a dozen paces from our peaceful bit of grassy serenity. Between the two dogs sits their master-slave, a large man with one arm outstretched for each dog, grasping at their necks, attempting to hold them away from each other. He is doing a miserable job. They are running around from his front to back and around again, pecking at each other’s tails and snarling their viscous drool all over the man's lap and neck.

We watch. Many people watch.

I would like to say that I don't suffer from the diffusion of responsibility phenomenon, a disease of the mind to which nearly everyone falls ill. However, in this situation, I am too occupied with thoughts of protecting my child and that of my friends to worry about what would happen to this obviously incompetent excuse for a human being. A random passerby enters the field and stops.

Random Passerby: "Do you need me to hold one of them?"
Incompetent Man with Dogs: "No, they're siblings, just fighting over a chew bone."

The would-be hero passerby walks away, vanishing in the distance.

We continue to watch as the dogs snatch at the man's ears, his hands, his legs. He certainly has willpower, that much can be attributed to his efforts. Any other compliments would belittle the words used to describe the man.

Little boy, ball of flame, continues to run rampant through the green-grown fields of joy. He only pauses for brief moments to look over at the struggling man and point with a grin, "Doggy!"

Little girl, bundled jewel, sleeping in her mother's embrace, feeds on the powers of the sublime unconsciousness, willing a psychic projection of tranquility around her.

Sleep Deprivation Ninja is evaluating countless possible outcomes, involving dogs running toward his family, forgetful of their weaknesses and ignorant of their short lifespans. In one scenario, the dogs attack together, forgetting their differences in favor of fresh food and get crushed by each other’s skulls as the ninja triumphs their heads like cymbals. In another, they attack one at a time, each being shot cannon style by the ninja kick.

One, two! One, two! And without shoes
The ninja's mighty force attacks!
He saves the day! Callooh! Callay!
Though, sleeping he still lacks.

The ninja waits, as do countless onlookers as the dogs continue their loud, destructive bickering. Their master-slave continues in vain to prevent the inevitable as the dogs chew his limbs to get to their opposing sides. Pieces of the man begin to vanish from view. First fingers, then a leg, ears, arms. Soon there is nothing left but a few succulent chew bones, on which the dogs happily gnaw. They pant and lick at the feast they have uncovered in what had been before only a nuisance. Now friends again, they become quiet, stable, at peace with their own inner demons. Unaware, that they are now, until they are impounded, free at last. Free from the power hungry controlling of their owner, free from authoritative tyranny. Free to be crushed by the ninja, if they so choose.

A good ninja knows that any dangerous situation can become docile at the chaotic whim of the participants. Remaining non-participant for as long as possible is the best way to save strength and endurance for any moments to follow, which might pose a threat to people who actually matter. Of course, had the dogs been gnawing at a child or someone else who didn't deserve it, the Sleep Deprivation Ninja would prevent such a horrific event from unfolding. But this man, this sad lump of chew-toy bones failed in several ways. He failed to achieve peace and balance with his pets. He failed to accept help when a friendly passerby offered. And, finally, he failed to save himself from the carnage he had wrought upon himself. 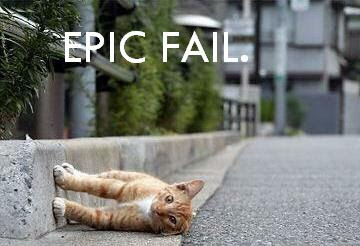 And so the moment has passed; the danger subsided. But the ninja remains vigilant as he, his friends and his family depart the park in search of a tasty treat of their own.
Blagged by Unknown at 3:27 AM

Holy crap!! Dogs, Ninjas, Mobys....a true warrior plays the battle in his mind before confrontation. You are truely a Master. I bow Sensei.

WTF was THAT? Whatever is was, me likey. Not just likey, but like likey. Would SDN consider jetting to my in-laws house (under the cover of darkness, of course) and deal with their menacing chihuahuas? I would forever be in your debt, O Wise One.

Sleep Deprivation Ninja doesn't kill things just because they are annoying. But if those chihuahuas start to eat your children. Sleep Dep Ninja will be there.